My invites are DIY from Michaels.  I was originally going for a brown and blue color theme, but when the wedding got bumped forward from March/April to June, I decided to go brighter with my colors.  I still love the invites, though, so I will use green or purple ribbons to wrap around the invitations, instead of getting new ones.  Also, our names will be in green on the invite.  For more details, hop on over to the DIY section of my profile! 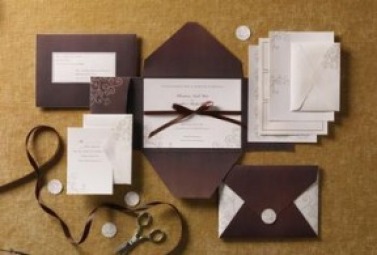 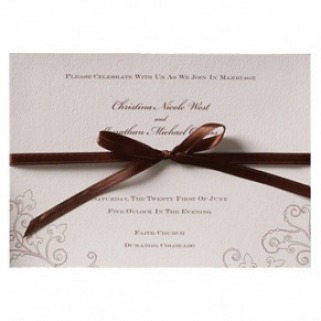 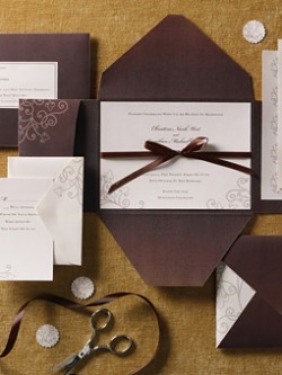 Since my favors match the invites, I figured I'd throw them in here as well!  The favor boxes are also from Michael's Brides line, and we're going with the ivory and chocolate.  Initially, we had decided on the matching favor boxes, but it was all just too... matchy.  We'll put the ivory ribbon on the chocolate boxes, and vice versa.

We currently live in sin in the Hershey area, so we wanted to throw a small shout out to our hometown and use Hershey Kisses as the favors.  John suggested putting in Hugs and Kisses, but it was a little too sweet for either one of us to handle.  So, my current idea is to add regular Kisses plus cherry cordial flavored ones.  This seems to be more cost effective than the wedding colored M&Ms I would really like (okay, love) to put in there instead. 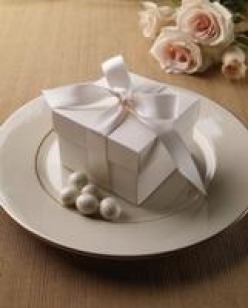 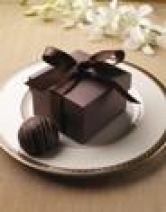