We finished the table numbers, and they look great!  (see the inspiration picture from Knottie ktmill2007 below)  The most difficult part of this was setting up the right dimensions on the printer and Photoshop for this. Thankfully,  John is a graphic designer and was more than willing to help out! 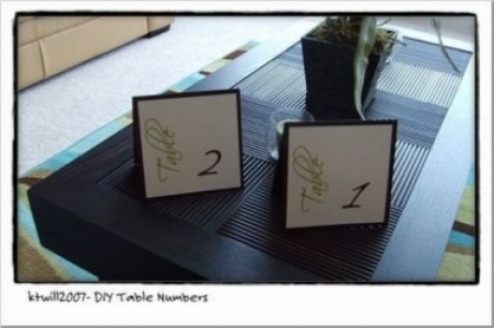 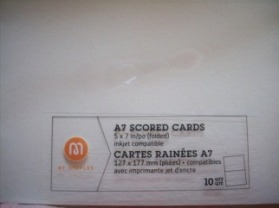 We started with Scriptina font, Photoshop CS2, a printer, and lots of ivory cards from Staples (I found them around the wedding invitation section). 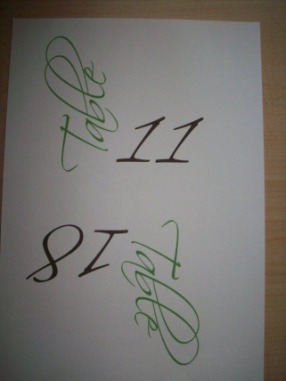 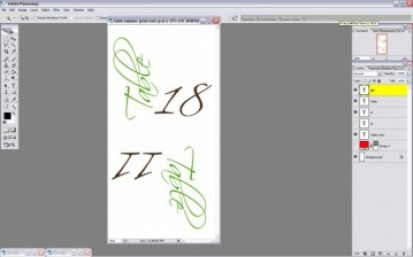 John then worked his magic (if you want details, I can ask him for them) and set up this layout on Photoshop.  Next, we printed out two numbers per card, and cut the card in half at the scored line.  Then we cut off two inches from one side (the paper was 5x7" and we wanted 5x5").  Presto! Halfway finished table numbers. 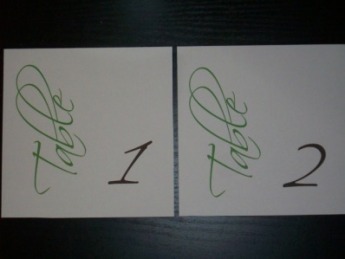 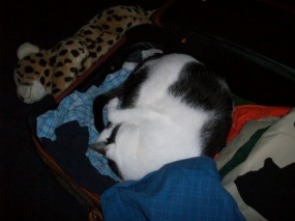 Remy and Oreo, helping out with the table numbers. And yes, she is curled up in a suitcase on the bed.  Next to Checkers the cheetah.

The numbers are completed, I'll have pics up soon of what the finished product is like.  But, they are basically the same as the inspiration pic at the top of the page. 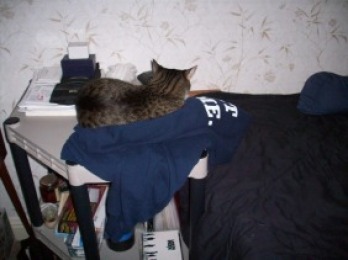